When at the river, you may see some of the float guys waiting until the end of their drifts and ripping up their rods like they have some kind of fisherman's strain of turrets syndrome.

THIS IS NOT THE DEMONSTRATION OF SKILL AND GETS ON THE NERVES OF A LOT OF PEOPLE.

It's an attempt to snag the fish which is illegal . this method may result in injuring the fish, or worse it can result in someone losing an eye or getting a hook in their skin. at best it is scaring away a timid fish or just destroying your rig. not so clever.

I find with float fishing you don't even need to tug very hard in order to set the hook . Just don't leave too much slack and use sharp hooks and you should be good to go.


ok, i'll put the bit@hing to rest for now. Have fun and good luck out there. 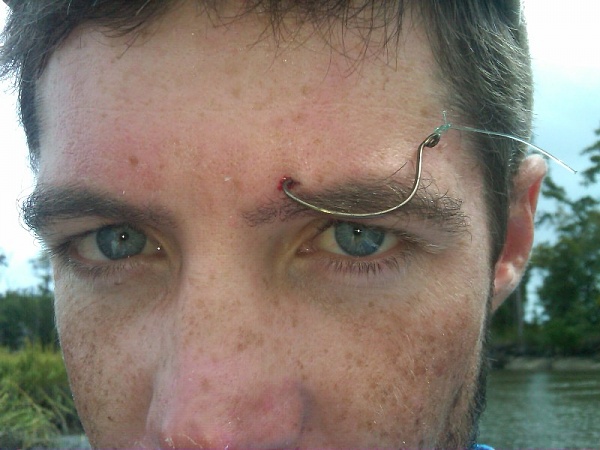 What was he fishing for with that hook.... Great Whites!