My duty as a Toronto Urban Fishing Ambassador


2 replies to this topic

Fishing is not always about the fish. As a member of the Toronto Urban Fishing Ambassador, I try to promote fishing in Toronto whenever I can...as long as my fishing isn't interrupted too much LOL.

I love to chat about fishing with people in general, but I really do love to share the sport with kids.

Today, I was fishing in a river right in downtown Toronto. This river is as urban as it gets. Since Trout Opener is still 6 days to come (Yes!!! 6 more days!!!), I figure I would get some more practice drifting, reading waters and setting some hooks into fish.

Well, the fish were really tight to bottom so in the end I did more bottom bouncing than float fishing. I was getting nothing on the float until I met Dave by sheer coincidence and we started bottom bouncing the pool. It didn't take long to catch some of the White Suckers we were after. 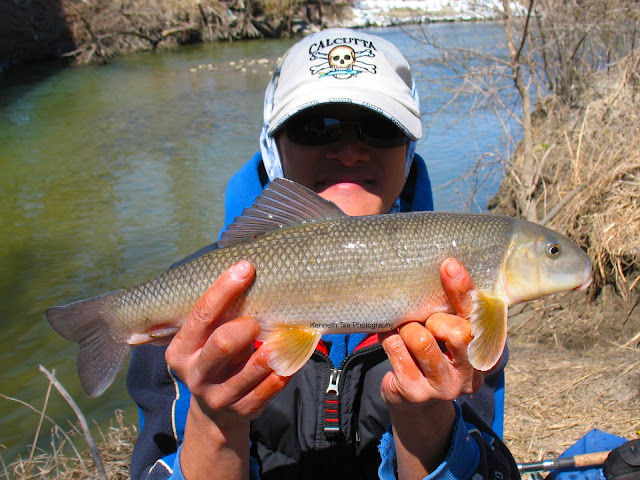 While we were fishing, a family came by. First it was the mom with a 2 year old boy. She was interested to find there were fish in this "dirty" river. Soon I was able to catch and show them a healthy White Sucker. The 2 year old was a bit unnerved by the fish. However, his older brother came to join us. As in my typical fashion, when kids are around, I work hard to try to get a fish on the hook and then hand off the rod. Dave said I have a touch for catching fish on demand for kids. Indeed, it only took the next cast to get one. I handed the rod to the boy and with some coaching he was able to bring a nice White Sucker to the bank. It was his first fish ever. 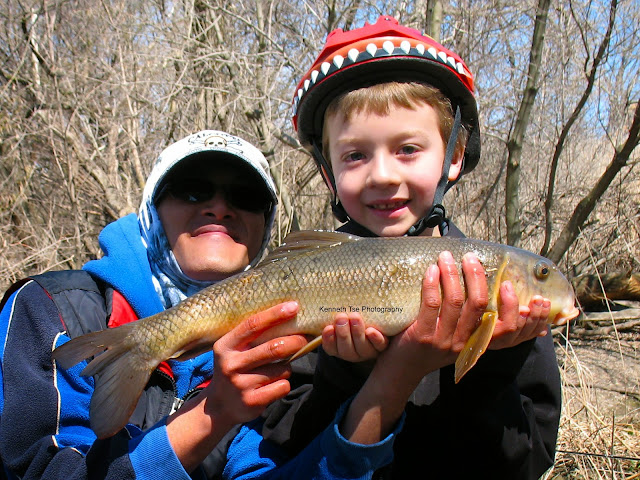 We released this fish and chatted about the importance of catch and release and selective harvest. We also mentioned that fish in Toronto is not as heavily polluted as some may think. You just need to know which species can be safely eaten and how many meals a week to consume. It is all about moderation. I wasn't trying to preach these ideas. The family were interested and they asked the questions.

As much as I love to catch fish of my own, and work on my lifelist, there is really very little that compares to the accomplishment I receive when I can help kids learn to fish...and especially catch their first fish.

Although I'm a bit less involved with TUFA these days, I always look forward to volunteering at any of the family fishing events every year. To me, there is nothing more important to our sport of fishing than promoting fishing to the next generation and to instill important conservation concepts in their young minds.

This is a quality post. I remember volunteering with Dave last year I think at the Kids fishing day. Lots of fun - unfortunately I am not able to do so again this year as I will be away. Like you I am a hand off the rod guy. Put a smile on my face. Nice work.

Back to Ontario Fishing Reports