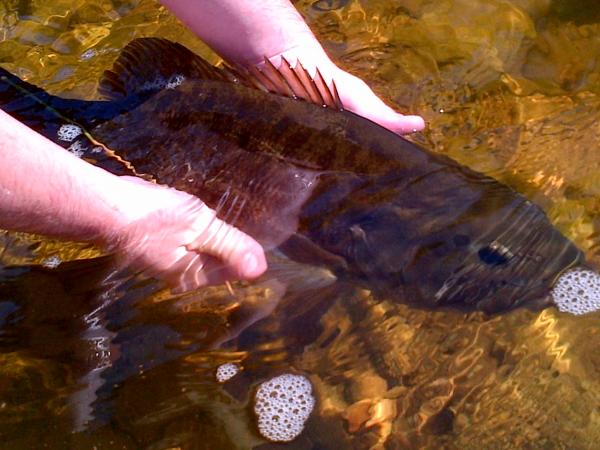 AGMartin hasn't added any friends yet.

In Topic: Rod stand for carping

Rod pods are great in the link from FrequentFlyer. Great for gravel or rocky shores and when needed you can convert the legs to bank sticks for softer ground. SAIL sells them.

In Topic: Starting out Carp Fishing

Mark Pitchers The Challenge - not only entertaining but very informative for carp fishing many different ways.

In Topic: Starting out Carp Fishing

Here is what I do every time I go carp fishing.

I have also used boilies from SAIL - which worked 2 times out of 20. With worms I am catching a carp almost every time I go.

However I do intend to make my own ground baits and try that technique out as well.

One time I was out for hours, the carp were there circling but no takes of the pop up worm. I packed up and headed to the car but noticed a nice beast slowly eating off the top of a weed bed not 30 feet from where I stood for 3 hours! I said to myself how am I going to get this guy...So I took off my weights, made sure the cork and worm are now floating and then tossed it about 2 feet from its face in the direction I thought he would go. He kept going the opposite...but on the 3rd time I saw I got its attention and BOOM he sucked it up like a noodle, line started going out and bam it was the most rewarding day ever.

As I said earlier, be patient, let the worm dangle like a free meal as long as possible. the fastest I had a take was under 5 minutes, the longest, 5 hours.

I hope this helps and good luck!